This building was located at the site of the Celina Cinemas, 116 North Main, Celina. This photograph is dated after 1946.

Palmer and Miller Grain Co. Elevator was located on the north side of West Logan Street in 1904. 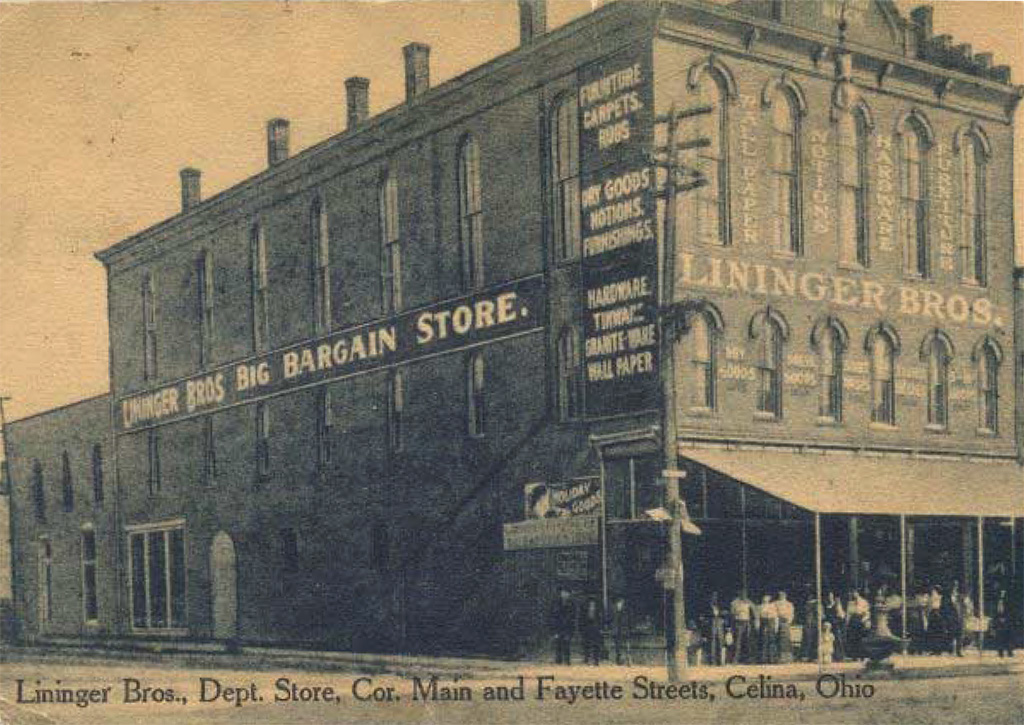 The city of Celina, known as the county seat of Mercer County, was established in 1834 by James Watson Riley. While traveling through New York state to get the town plat lithographed, Riley came across the town of Salina, which was situated on the edge of Onondaga Lake near Syracuse. Noting the similarity between Salina and the newly founded settlement in Ohio, he named the new town Celina. The spelling was changed to avoid confusion at the post office, or so the story is told from past legends.

Celina grew slowly after its founding in 1834. By the year 1880, only 1,346 people resided in the community, but over the next decade, Celina’s population nearly doubled to 2,684 inhabitants. The primary reason for this population growth was the discovery of oil and natural gas deposits during the 1880’s.

In 1886, Celina contained three newspaper offices, five churches, and two banks. Numerous manufacturing establishments existed in the community, most of which provided services or products to farmers in the surrounding countryside. This has held true throughout the twentieth century, and is why today, Mercer County is known for it’s strong agricultural roots. 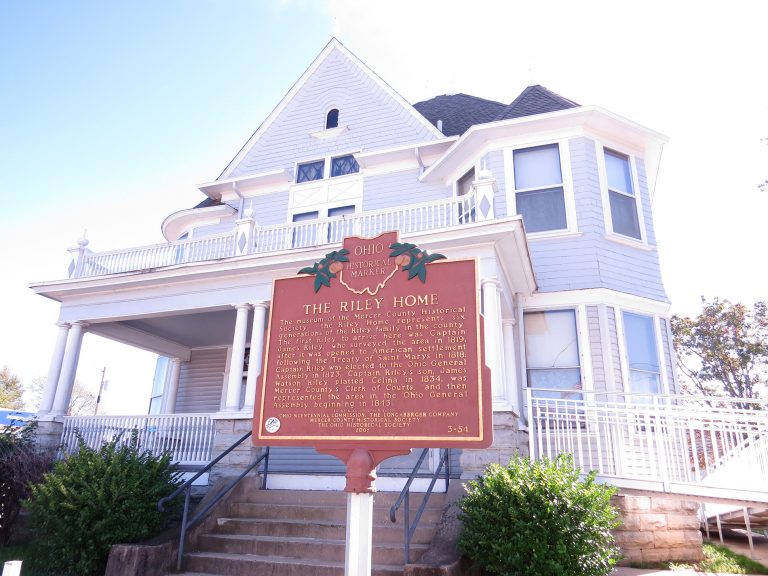