The City of Celina allows for exceptional growth and development for commercial and industrial businesses. Half the population of the United States is less than two hours away by air and fifty percent of the nation’s manufacturing + thirty percent of the nation’s farm production is within 600 miles of Celina. To the north lie Toledo and Detroit, to the west Indianapolis and Ft.Wayne, to the east Cleveland and Columbus, and to the south Cincinnati and Dayton.

The City of Celina provides commercial developers with excellent opportunities for commercial development due to our diverse economic base. The City has a strong base of industrial/manufacturing jobs created by several businesses. This positive work environment is enhanced by the tourism economy based upon Grand Lake. Celina is the county seat of Mercer County which is annually the leading agricultural County in the State of Ohio. 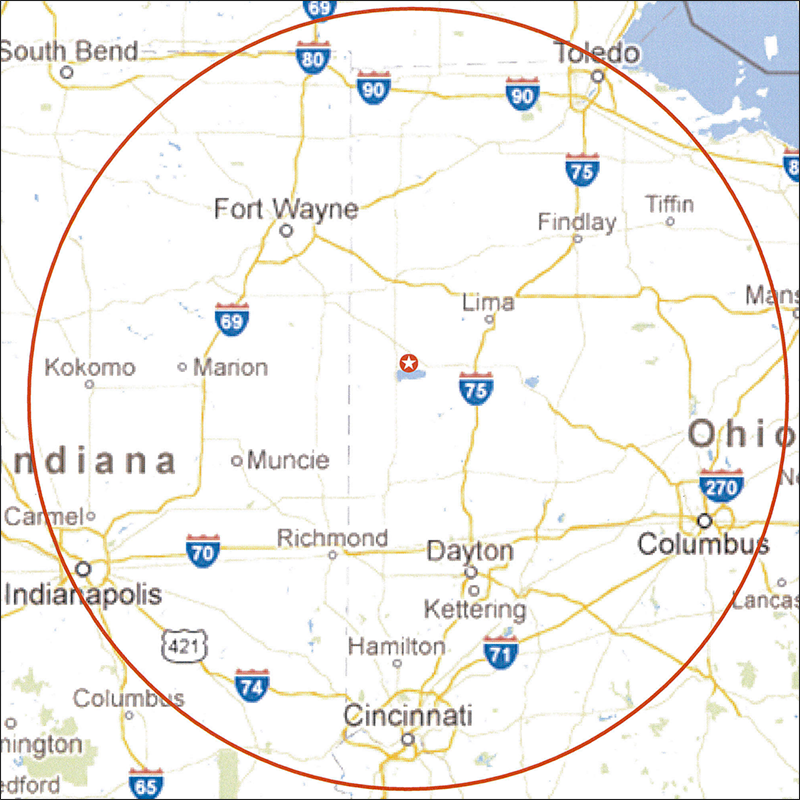